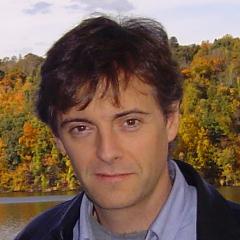 Rafael Asenjo obtained a PhD in Telecommunication Engineering from the U. of Malaga, Spain in 1997. From 2001 to 2017, he was an Associate Professor in the Computer Architecture Department, being a Full Professor since 2017. He collaborated on the IBM XL-UPC compiler and on the Cray’s Chapel runtime. In the last five years, he has focused on productively exploiting heterogeneous chips. In 2013 and 2014 he visited UIUC to work on CPU+GPU chips. In 2015 and 2016 he also started to work on CPU+FPGA chips while visiting U. of Bristol. He has served as General Chair for ACM PPoPP’16 and as an Organization Committee member as well as a Program Committee member for several HPC related conferences (PACT’17, EuroPar’17, SC’15). His research interests include heterogeneous programming models and architectures, parallelization of irregular codes and energy consumption.